Vehicles that run by hydrogen as fuel are called fuel cell vehicles (FCVs).


Our company have developed O-rings for high pressure hydrogen. Nowadays, it is used in many hydrogen stations in Japan and its usage is spreading.

This time, let us explain about the hydrogen station.

The hydrogen dispenser can be seen on the center, and the hydrogen compressor and accumulator are behind of it.

The mobile hydrogen station is equipped all the devices in one container vehicle.

The features are that it is the minimum required equipment, so that the cost can be kept low and that it can be moved wide area. 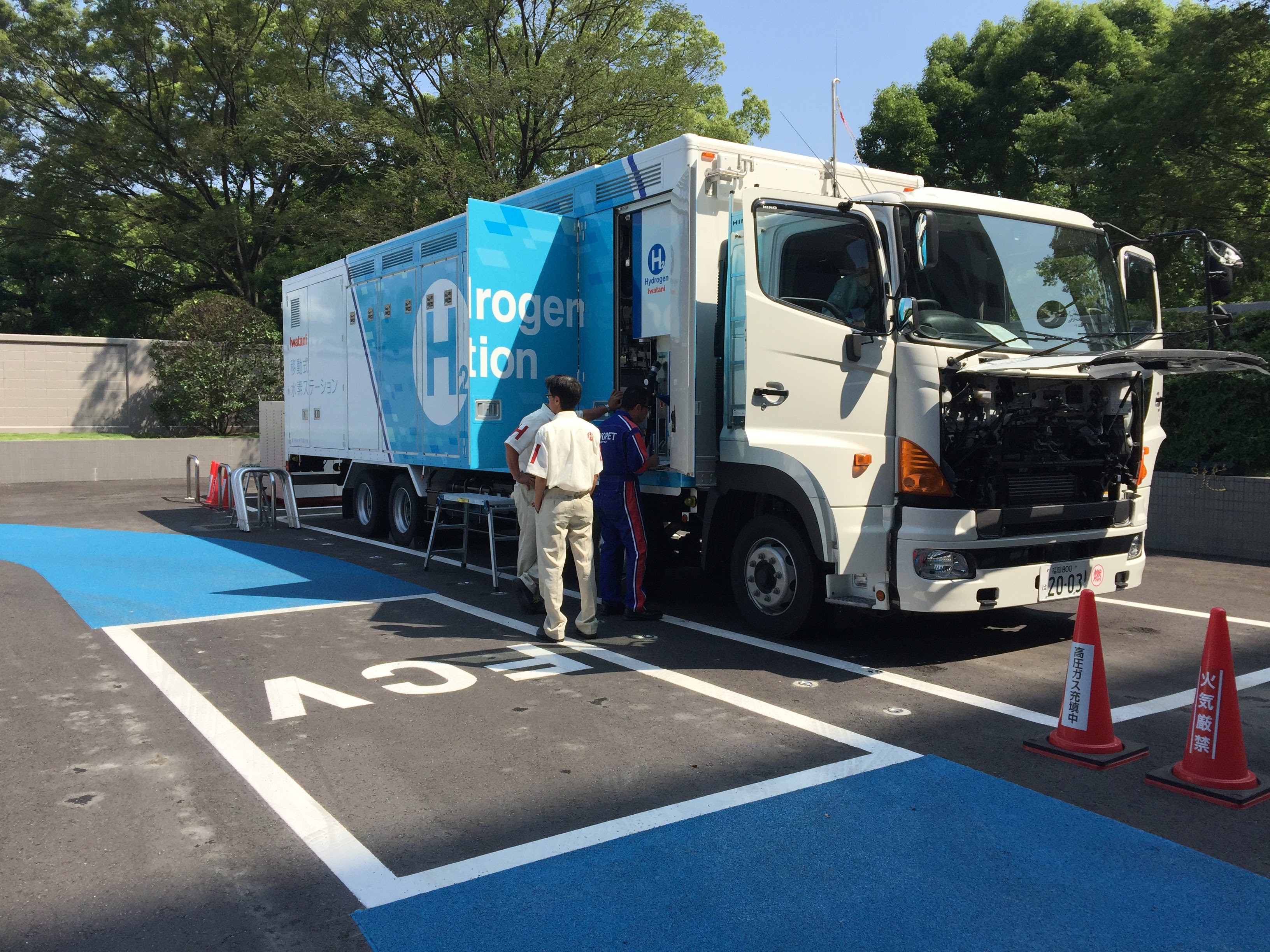 What is new at Takaishi Industry.