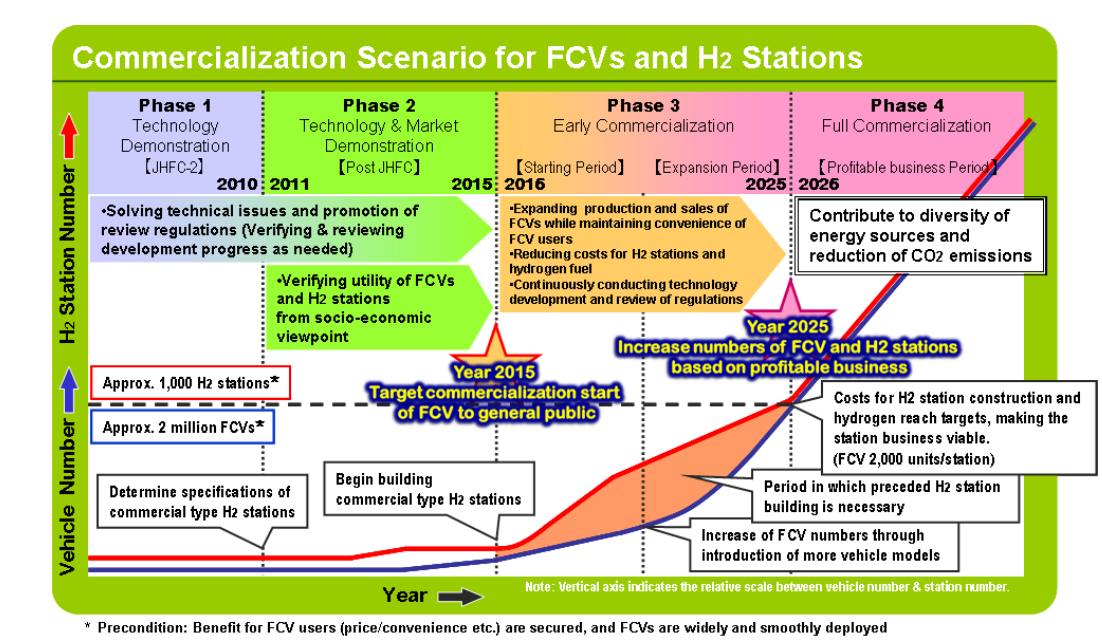 Is this diagram just useless? Not really, I think.

The number is small as planned but it has been put into practice, and this diagram has been a lot of influence to hydrogen industry.

Gradually, but steadily the world is changing for the clean and green energy, hydrogen. This diagram shows the importance of the “first penguin.”

Comparing the fact, this diagram seems just a dream. But this suggests many important things.

This diagram is made with reference of the spreading curve of the TOYOTA PRIUS. Even PRIUS it took over 10 years to be 1 million, in its second generation. Adding to this, there were many gas stations already for PRIUS, on the other hand there’s no hydrogen refueling station (HRS) for FCVs for the starting. So there needed to start for the scratch. HRSs or FCVs, Which comes first?. This is often called “egg and chicken problem” but this diagram shows chicken (HRS) comes first! It is natural to take years to build HRSs. With the preparation of infrastructure, the time will come for FCVs to be spreading.

It will still need some more years taking off for spreading expansion period.

This is a good “Moon Shot” project. As President Kennedy used to say "We choose to go to the Moon," we can say “”We choose to promote hydrogen”!!

What is new at Takaishi Industry.